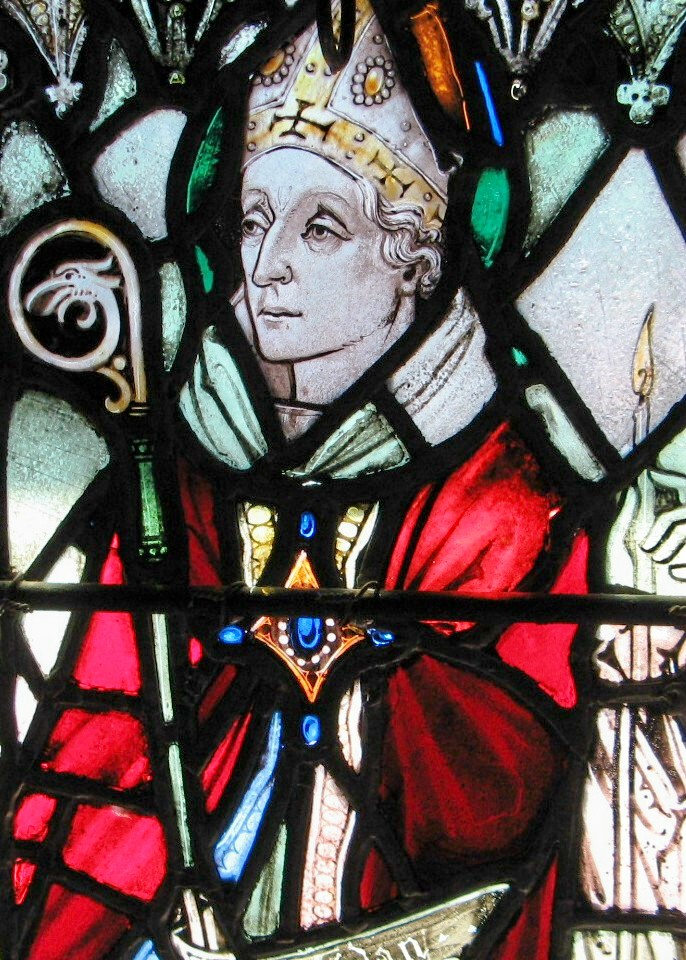 Monday morning the council of the Order, with the Superior’s consent, approved my request to make my first profession of the three-fold monastic vow of obedience, stability, and conversion of my life to the monastic way of life. God willing, I will make my profession on All Saints’ Day, taking the name Aidan, after St. Aidan of Lindisfarne.

How fitting that today is the Feast of St. Aidan, who died in 651. Aidan began his monastic life at a young age at the monastery founded by St. Columba on Iona. Of Irish descent, he is remembered as one of the great early Celtic saints. And, indeed, more so than any other, he connects the Christianities of Ireland, Scotland, and England.

The story goes that King Oswald of Northumbria sent to Iona for a missionary to convert his people to Christianity. The first monk who took the mission returned in frustration, complaining that the people of Northumbria were hard-hearted and set in their pagan superstitions. When asked how he began his mission, this nameless monk said that he told them of the need for repentance and of the fires of hell. Aidan responded that missionary work must begin with an account of the deep and abiding love of Christ for all people. He was then sent to Northumbria himself.

Aidan’s success in establishing the Christian Church in Northumbria flowed directly from his gentleness and his humility. After founding a monastery on Lindisfarne, he next set up schools for the local children that used the vernacular. He was famous for his insistence on walking his diocese rather than riding a horse as was customary for bishops and nobles. When King Oswald gave him fine horses, he sold them and purchased freedom for slaves. Oswald once reproached him for this practice, telling him that if he wanted money Oswald would give it to him, but that these horses were the finest in the land and Aidan should ride rather than sell them. Aidan rebuked him, asking “Do you care more for the child of a mare than for the child of God?” Needless to say, the king relented.

It strikes me that Aidan’s proximity to the ground was both the foundation and the reflection of his humility. “Humility,” after all, comes from “humus” (also the root of “human”). To be humble is to be earthy, rooted in the reality of our nature as created beings, a part of the earth that supports and sustains our lives. Aidan never lost sight of that connection, as his insistence on walking like a peasant underlines. It was his connection to the earth and to earthiness, that allowed his heart to remain soft to the needs of those he served, and that allowed the fire of Christ’s love to burn in his heart.

I find Aidan’s example of gentleness, humility, and ardor for the reign of God incredibly compelling. He embodies for me the hope of what a monastic life, faithfully lived, can offer. So often my own zeal for justice and for the kingdom of God can lead to self-righteousness, judgmentalism, and harshness. If justice isn’t tempered by mercy and love, it will never really lead to wholeness and healing. I pray that as I live my own life, Aidan’s example will continually return me to my own need for mercy and thereby soften my harshness.

The name Aidan is Gaelic for “little fire.” The little fire that Aidan became was an icon of the raging fire of Christ’s love for the whole creation. Like his Lord, Aidan poured out his life for his flock. Rather than consuming him, that kenosis fed the flame of his life, making it burn brighter. May we all be guided by such examples.

Blessed Aidan, breaker of chains and icon of Christ’s firey love, pray for us.

The Beauty of Contemplation