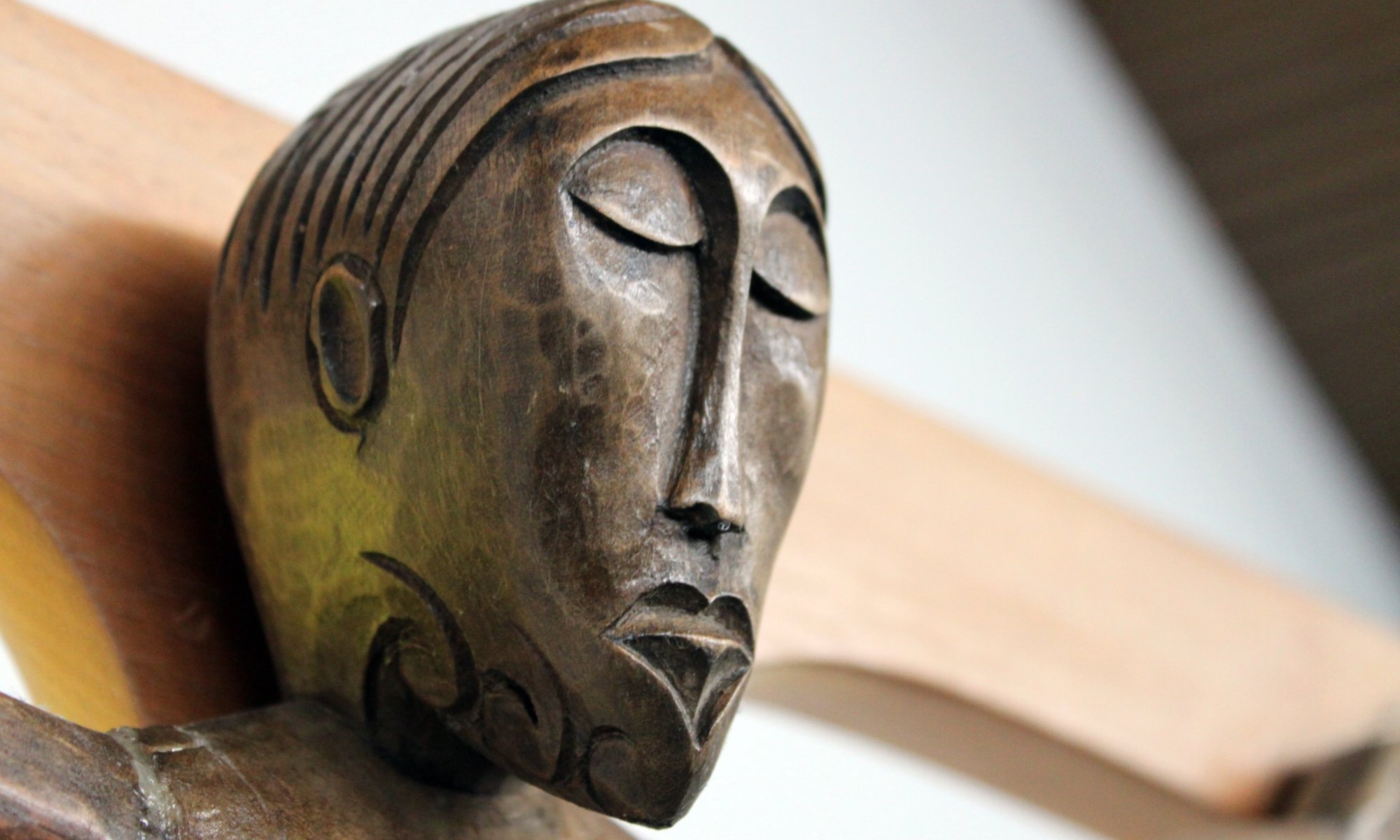 Last week a guest came into the bookshop looking for a copy of Bonhoeffer. She said that in the wake of the recent presidential election, a friend had said “It’s time to break out the Bonhoeffer.” Our conversation got me thinking about Bonhoeffer, perhaps the supreme example of Christian discipleship of the last 100 years. Bonhoeffer spent a year in New York in the late 1930s, studying at Union Seminary and worshiping at Abyssinian Baptist Church in Harlem. He had the opportunity to remain in America, but he chose instead to return to Hitler’s Germany, where he worked with the resistance and helped to build a Christian community grounded in prayer and committed to standing where Jesus stood–at the margins and with the most vulnerable. At every opportunity to choose comfort over witness, Bonhoeffer chose witness. Having followed Jesus, he followed him to the end. He was executed for treason just days before the war’s end. Bonhoeffer counted the cost of following Jesus Christ, and he paid it consciously and willingly.

This moment in our national life is such a moment for those of us who would call ourselves Christian. Suddenly the costs of following Jesus have just gotten higher. The truth is, discipleship has never been cheap. Following Jesus has always demanded our very lives. But institutional Christianity, allied as it has been since the fourth century with the forces of empire, has lulled many–I daresay the majority of us–into a kind of sleep. It has been easy enough, even for those of us who strive to be committed to the way that Jesus taught and lived, to choose lives of comfort and ease, believing that the faithful life will somehow bring us all the stuff we want: home, family, connection, meaningful work. These are all good and desirable things to have and to want, but they are incidental and not essential to Christian discipleship. True Christian discipleship requires us to stand with the weak, vulnerable, marginalized, and left behind; to confront the forces of empire, whether political, social, or ecclesial; and to give even our own lives as a witness to the self-sacrificing love of our boundless God.

This kind of discipleship is beyond right and left. It requires us to recognize that those left behind include factory workers in Kentucky who probably voted for Donald Trump and would vote for him again as well as Syrian refugees displaced by a war undergirded and fomented by Western imperial powers. While Christian discipleship is inherently political, it is not sectarian. True Christianity stands against all that would destroy and demean human dignity. We who follow Jesus Christ are called above all to build communities grounded in love, a love that knows no boundaries or borders, a love that sees humanity and divinity reflected even in the eyes of the oppressors. We are all, every single person on this planet, icons of the living God. And we are all broken human beings in need of salvation.

Ignatius of Antioch wrote in the second century that “the greatness of Christianity lies in its being hated by the world, not in its being convincing to it.” (Letter to the Romans, 3.3) If we are truly living lives grounded in a relationship with Jesus Christ, the world will hate us. Right and left will sneer. We will find ourselves at cross purposes with the mainstream, including our families and friends. Our churches will shrink, as will our church budgets. We may find ourselves congregating once more in homes rather than parish halls. But the time has come to let our old Christianity die, so that it and we can be reborn as a people truly living the way of Jesus.

Rather than seeking to evangelize the whole world, we should seek to be a blessing to all nations, a small band of people whose entire lives are given over to loving one another as God has loved us and to being transformed daily into the image of our crucified God. We must, as the Church, learn to die with God so that we may live with God.

The Beauty of Contemplation